Earlier this month, Flipside Crypto unveiled our Art Blocks data and bounties. Now, it’s time to see what our community of expert analysts came up with.

We’ve got four Art Blocks data dashboards to highlight this week. That includes submissions from @coziieapp, @hoolupoodalz, @lostindefi, and @BrianMe32966537.

What is Art Blocks and Why Should You Care?

We’ll start with the basics. As @coziieapp notes in this first grand-prize winning submission, Art Blocks is “an NFT project that helps digital artists generate digital artwork pieces on the blockchain with the help of an algorithm.” Minters can pick and pay for any style of NFT, and the image is randomly generated and sent to the minter.

Why would observers care? Simply put, Art Blocks is one of the most popular NFT brands on the market today. As we can see in the table below, Art Blocks is the largest project in terms of both transactions and unique NFTs by project. 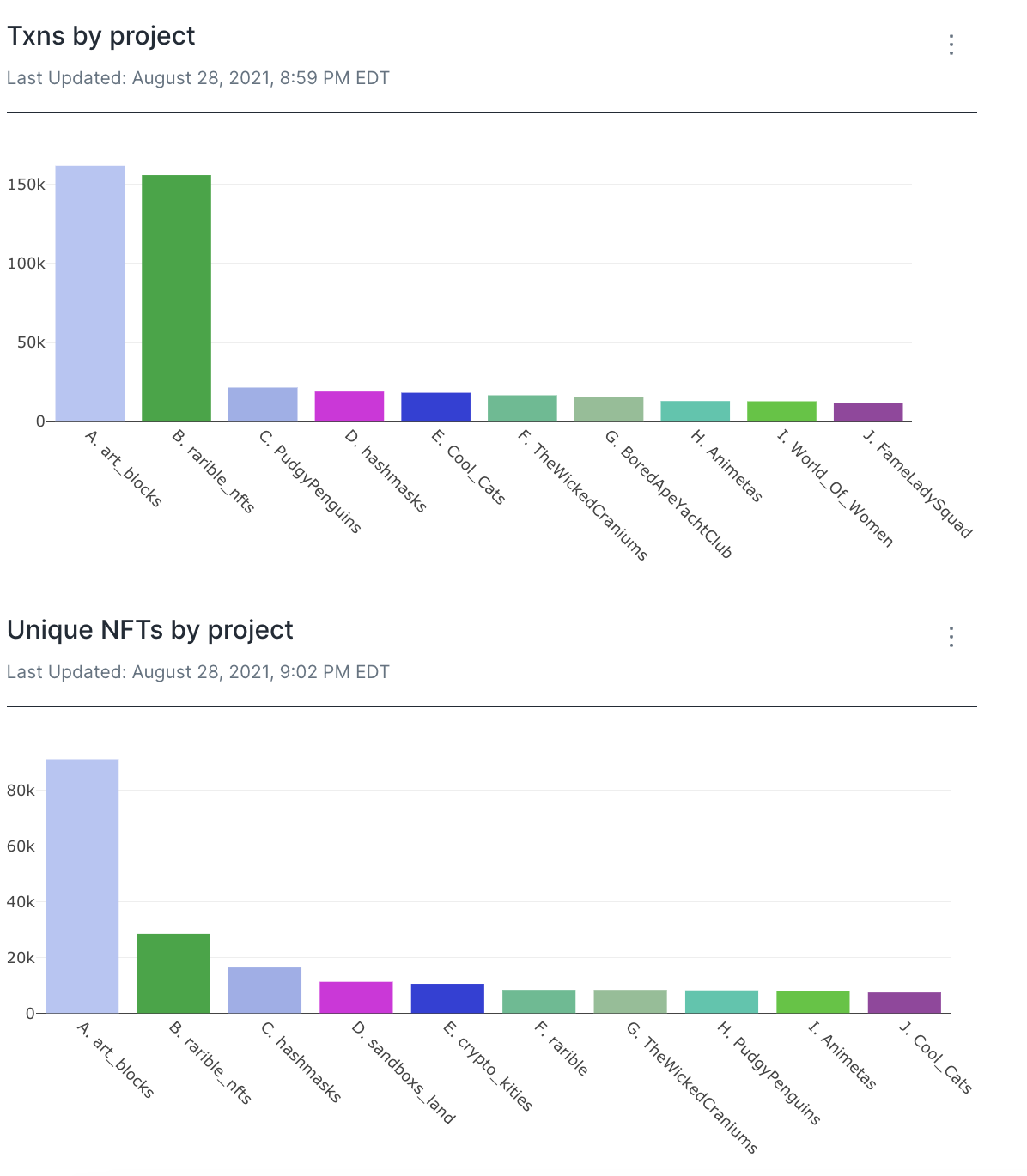 Tokens Minted and Sold Sold Spike in the Summer

The popularity of Art Blocks has been on the rise in recent months, as @hoolupoodalz pointed out in the following submission. As we can see in the graph below, the number of tokens being minted and sold spiked to more than a combined 70k in both July and August. 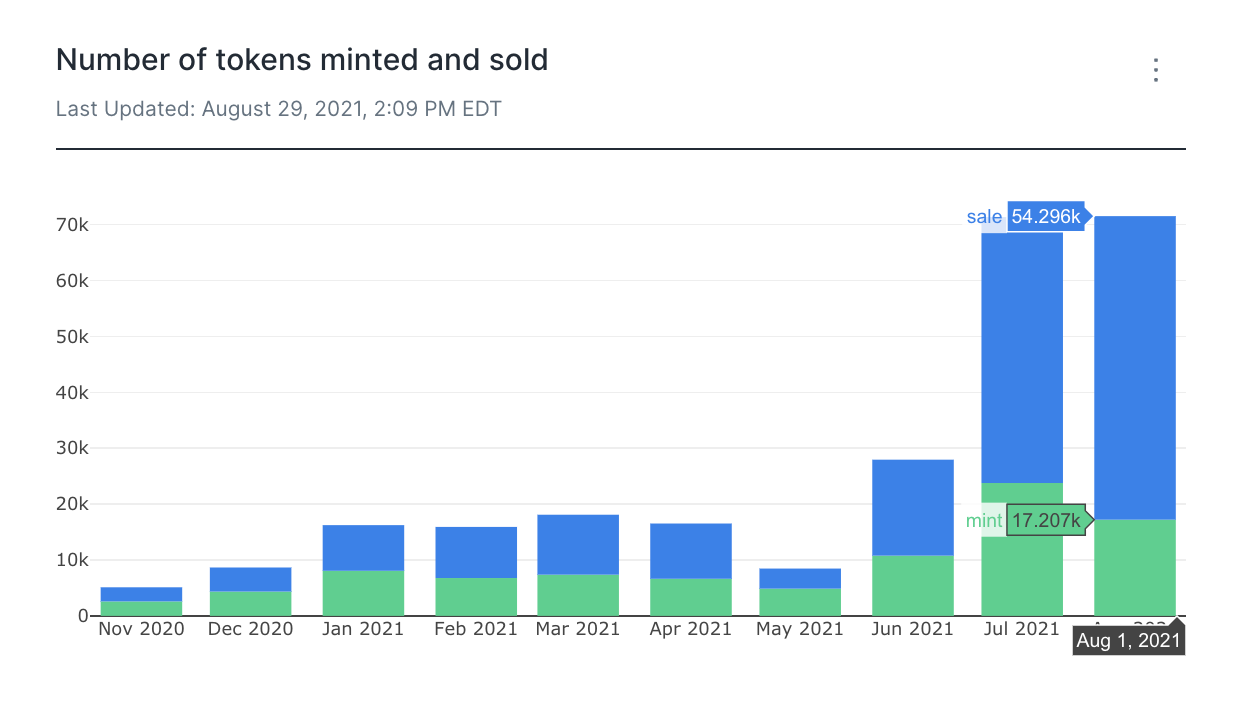 Perhaps more interestingly, @hoolupoodalz  notes, is that the disparities between July and August. There were fewer tokens minted in August than in July, the submission notes, but August sold higher sales figures.

So, as Art Blocks has grown more popular in recent weeks, which projects are leading the way? That was the question at hand in this next submission from @lostindefi.

As we can see in the data below, the top projects are led by Fidenza, which sold more than $50 million in NFTs in August alone. Chromie Squiggle, Geometry Runners, Beatboxes, and Pigments complete the list of top NFTs by sales volume. Perhaps most impressive among this group, however, are Geometry Runners and Beatboxes, which launched in just the last week of August but still were the third and fourth most popular projects that month.

With so much attention (and cold hard cash) flowing into Geometry Runners, @BrianMe32966537 chose to take a deep diver in our last (but certainly not least) dashboard of the week.

As @BrianMe32966537 notes, Geometry Runners NFTs were minted in late August — then, the sell off began. “People flipped these pieces of art for stacks and stacks of cash,” our analyst notes. “Well, ETH.”

How did those sales fare? 565 sales were completed featuring 466 Geometry Runners for a grand total of ~7926 ETH or $25,118,101 — already more than was made during the minting sale. Roughly 787 ETH of fees were paid to Open Sea as part of these transactions.

Do more with Art Blocks data 🔍

That does it for now. Thanks to everyone who submitted such great Art Blocks data dashboards!

Want to get more involved with the Flipside community and see your own submissions on our blog? Join us on Discord to get started, then check out our list of active bounties here.